About paragliding in the mountains
A wing that fits in a backpack. Ready to fly in minutes and the possibility to find your own launch and make several flights in a day. With an understanding of the weather and good wing handling skills you can use natural sources of lifting air to travel far and fast through the mountains. Multi day mountain adventure trips known as vol biv (fly camp) are possible for physically fit, well equipped, and experienced pilots.

About xalps
http://www.redbullxalps.com/
The X Alps is a by invitation race across the European Alps by foot and paraglider. Every two years selected athletes are chosen to compete in a non stop autonomous race across and along the length of the Alps to finish in Monaco. Since 2003 it has evolved into a very demanding competition between high calibre entrants. Xalps has captured the imagination of adventurous pilots and become legendary in the paragliding community, as well as attracting the attention of a wider audience.

Red Bull manages and promotes the event while athletes and their supporters are responsible for their own preparations and strategy.

Red Bull has provided information about the xalps audience demographic, live tracking and other race promotion, which I can forward. The race started on July 5, 2015. 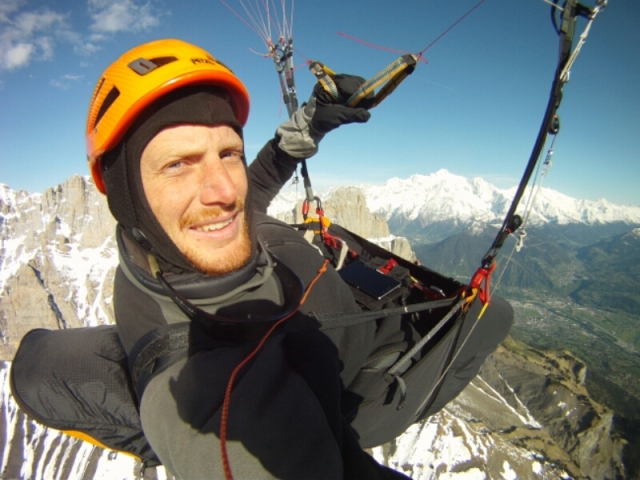 Born in Southland in 1982, I was introduced at an early age to the backcountry of New Zealand and have explored it and many other places around the world by foot and (since 2007) by air. Graduating in 2003 as an aerospace engineer, I spent eight years working with lighthouses and navigational aids, developing technical and management skills while seeing beautiful and remote parts of Australia. In 2013 I brought this background to Antarctica with the weather bureau where I was able to consolidate my strong interest in meteorology. I then devoted 2014 to travelling the world with my wing, including X-berg and X-pyr events and various solo trips.